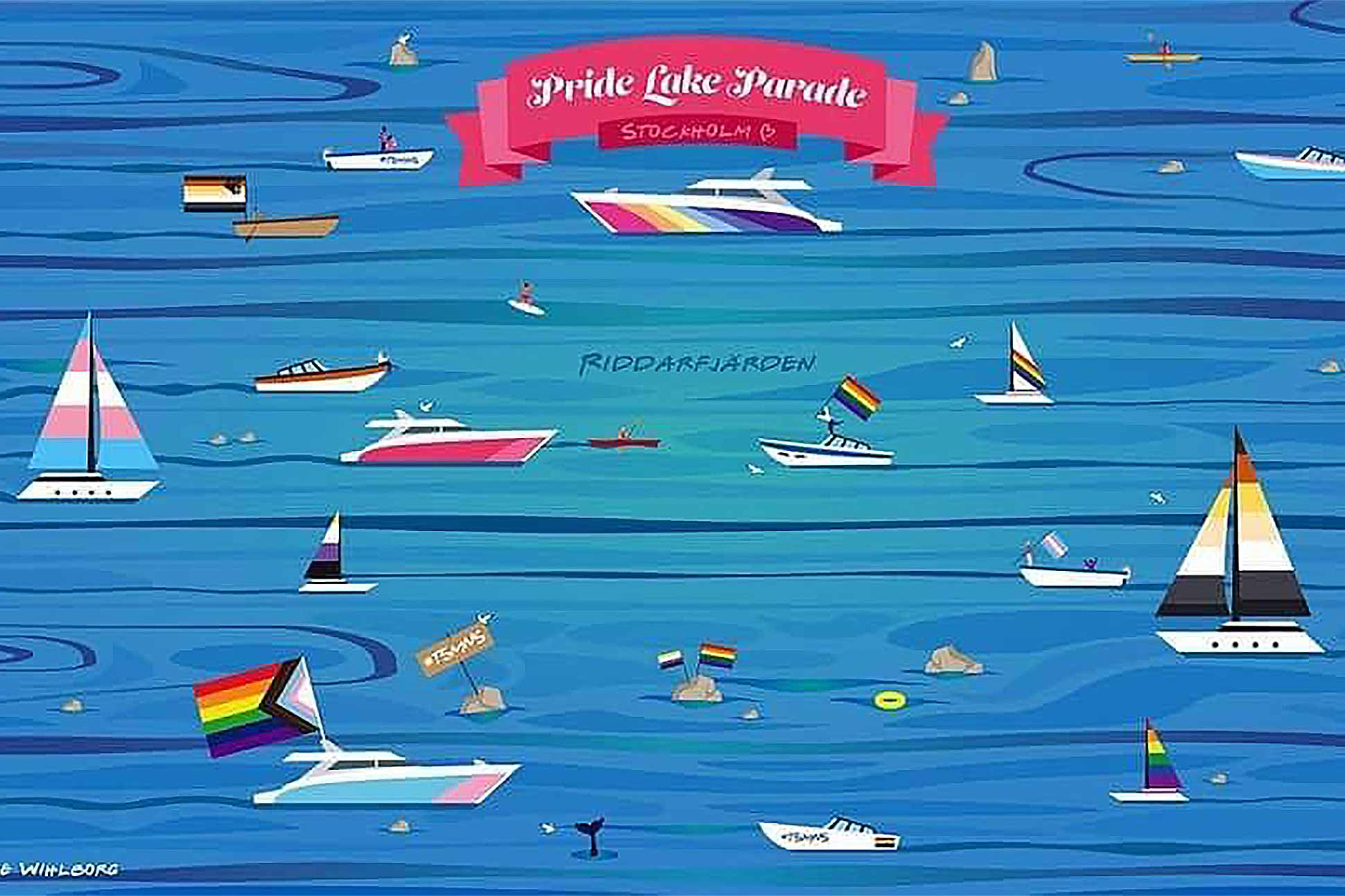 Stockholm Pride 2022: the two events you can’t miss this Pride

Happy almost-Pride! Our favourite time of the year is around the corner and Stockholm is more keen than ever to celebrate all the colours of the rainbow in 2022 – after all, coming out of the pandemic years, the Open City is ready to welcome LGBTQ+ visitors once more, and party like there’s no tomorrow… This year’s motto? ‘Dags att bekänna färg’ – ‘time to profess color’!

While there are plenty of festivities happening all around town between 1-7 August, two particular events deserve a special mention, for one offers a new take on the classic Pride parade, while the other brings a legendary queer icon to the capital…

Watch the Pride Lake Parade 2022 by Mälarpaviljongen, Moxy and more

Only in its second year but already iconic, Stockholm’s Pride Lake Parade 2022 is set to bring the colours of the rainbow to each and every corner of the Open City with its tour on the water on 7 August. This year’s floating parade will kick off at 2pm in Tantolunden, and there’s been plenty of talk about how many boats are going to follow the lead vessel. Despite last year’s bad weather, some 20 boats showed up to celebrate Pride in 2021, and this year’s spectacle is said to become quite a bit bigger… Not least because it’s unlikely we’ll be facing another thunderstorm!

For those of you wondering, there are plenty of places along the city’s shoreline from where to watch the Pride Lake Parade, co-hosted by LGBTQ-run Mälarpaviljongen and the lesbian club night organisers of Moxy, although the ideal place to base yourself is Mälarpaviljongen itself, as it’s here the boats will anchor when the on-water parade is over and the party is taken onto land. There’ll be live music, there’ll be rainbow flags and there’ll be smiles all around – what better way to celebrate Stockholm Pride 2022?

Okay, so this event actually takes place a few days after Stockholm Pride 2022 finishes, but no one’s going to want to miss out on something so fabulous! The legendary Boy George and Culture Club have written pop history in the 40 years since they first hit the world stage, with hits like ‘Do You Really Want to Hurt Me?’ and ‘Karma Chameleon’ – and on 12 August, they’ll be returning to Open City for a special gig at Skansen, on Stockholm’s greenest island, Royal Djurgården!

The much-talked-about event, as you’d expect from queer hero Boy George, will be a colourful and fabulous affair, celebrating not only a life in music, but also the freedoms that come with being able to express yourself without fear; something Culture Club have continuously done by pushing the envelope of synth-pop music and questioning societal norms around appearance, attire and attitude. Needless to say, Skansen’s stage is the perfect backdrop for this spectacle, and despite the concert taking place a few days after Stockholm Pride 2022, there’s a lot to feel proud of about this very special night!