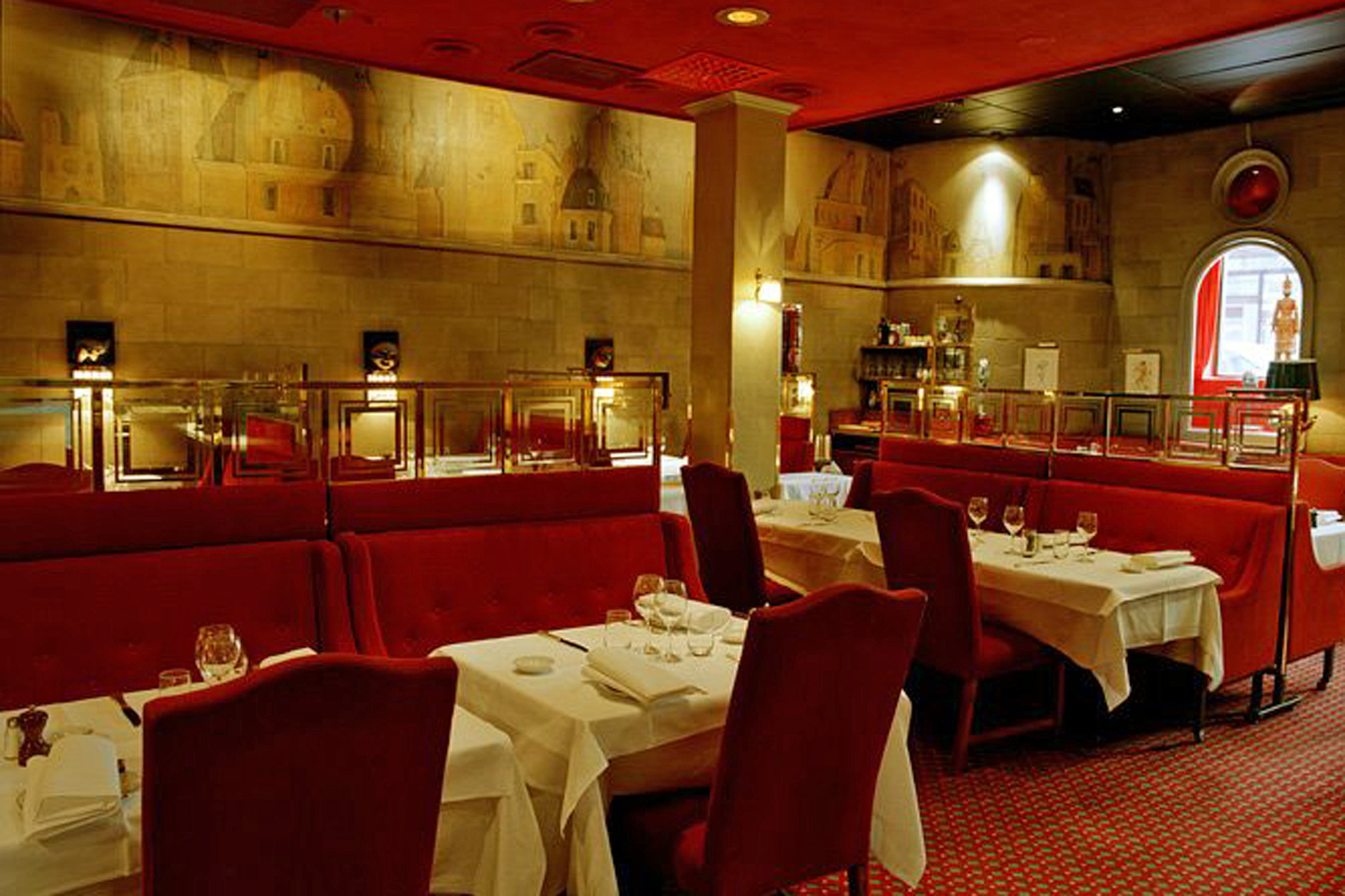 Spooning Stockholm: the Open City’s most romantic places to wine and dine

It’s rare to come across a capital as eclectic as Stockholm. Sweden’s first city is deeply rooted in tradition, at the forefront of protecting Mother Nature, a playground for the creative and profoundly romantic – though perhaps in a more subtle, intimate way than Paris. But don’t let that deter you: with its abundance of waterways, bridges, bell towers, gardens and cobblestone alleyways, the Venice of the North boasts all the hallmarks of a picturesque lovers’ getaway!

And since the way to someone else’s heart is through their stomach, the Swedish make sure to cook up a fiery storm in their cosy, candle-lit restaurants. Want to surprise your other half with a romantic dinner? These eateries will have you spooning in no time (you know what we mean).

This old-established bistro on Stockholm’s leafy Djurgården Island doubles as a concert venue because who wouldn’t fall for a wine, dine and listen package? Before heading over to the concert hall, eat your way through Cirkus’ hearty, local menu with a modern twist and pop a bottle of their finest champagne (the second-finest simply won’t do for your significant other!).

For special occasions, Cirkus’ chic chambre séparée offers space for twelve; though if you were planning to put a ring on someone’s finger, we’re sure Cirkus can turn it into a magical space for two. Why not visit in March, when they stage a Whitney Houston tribute show (featuring you know what song…)?

Teatergrillen is both classy and classic. With an atmospherically lit interior that dates back all the way to 1968, the boujee eatery invites guests to fall into its velvety-red sofas and treat themselves to some of Stockholm’s fanciest fare. When you’re not just chewing on roasted porcini and deep-fried Jerusalem artichokes with hazelnuts, lean over and whisper sweet nothings into your other half’s ear…

Though while you’re pretty much guaranteed to catch feelings, do be careful not to catch fire from the candle on your table! What we love most about Teatergrillen (other than the glorious food, that is), is just how discreet it feels – a cuddly, culinary retreat in the heart of Stockholm.

The restaurant at Hotel Diplomat

The Diplomat hardly needs an introduction to anyone who’s visited our Open City before. A luxury hotel and Art Nouveau palace at equal parts, it’s also home to a gorgeous restaurant as perfect for a first date, as it is for a one-hundredth. Swanky afternoon tea comes highly recommended (because what’s more seductive than feeding one other indulgent pastry creations?); especially if served under the crimson canopy of the outside area overlooking Stockholm’s pretty Nybroviken Bay.

What, you were thinking of going on a romantic walk instead? Grab some healthy provisions from Diplomat’s ‘Butiken’ and stroll down one of the city’s most beautiful streets, Strandvägen, conveniently located just outside the hotel!

For lovebirds that can’t get enough of the food-meets-music combination, Södra Teatern is the place to be. Take your partner on a boozy, fun-filled weekend brunch for an unconventional way to celebrate your love!

Live jazz and bossa nova tunes create an atmosphere so light-hearted and flirty; we wouldn’t be surprised to see you break into a spontaneous tango routine (after you’ve flushed down that cauliflower steak and cucumber yoghurt with bulgur and aragula with some bubbly, of course…). There’s something about Södra Teatern that quite simply sums up the Nordic take on a romantic date – it’s casual, sociable and filled with all kinds of delicacies. Bon appétit, lovers!