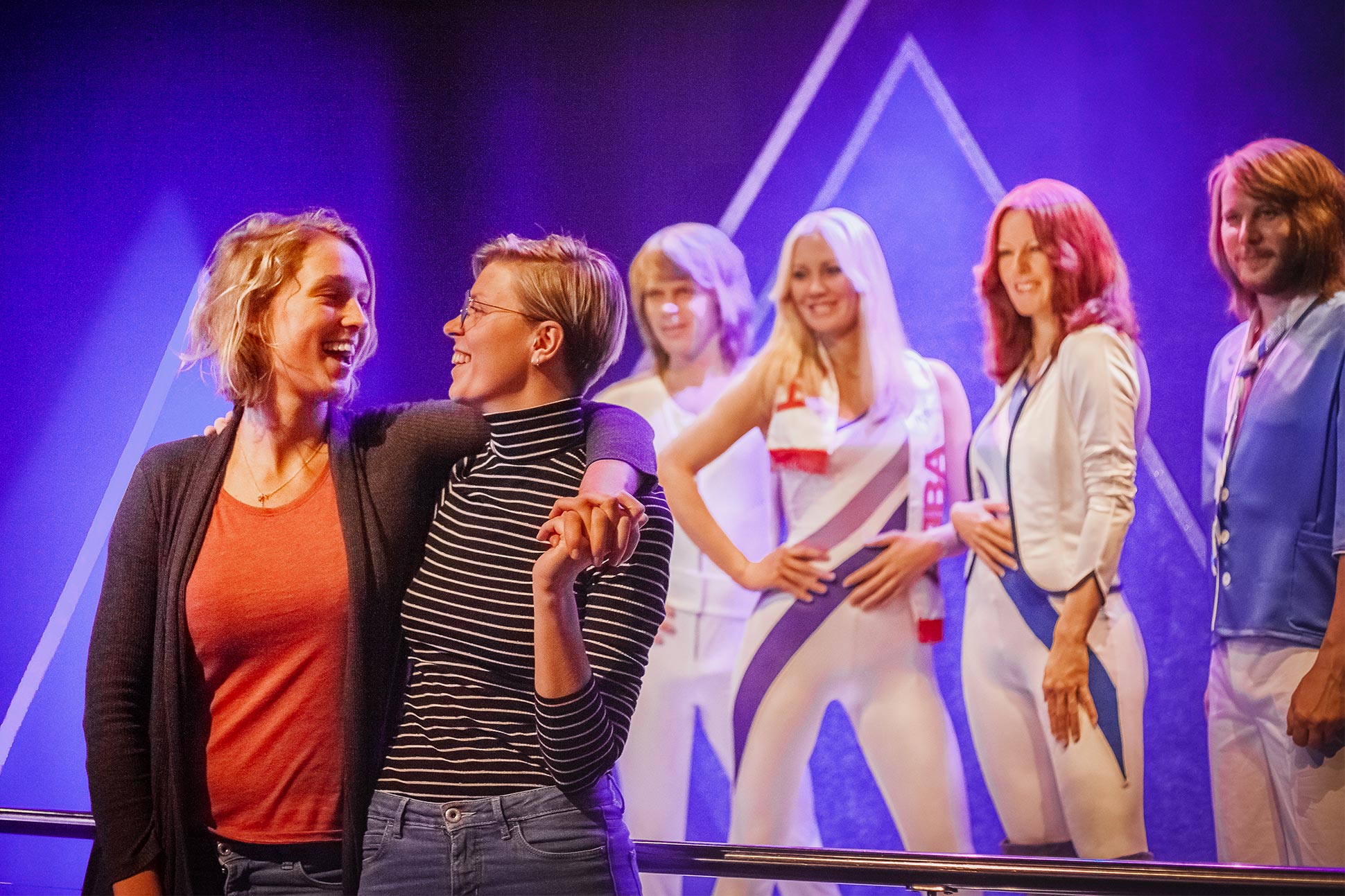 Instagrammers @onceuponajrny pose with ABBA at Stockholm's ABBA The Museum

Can’t leave your Insta followers hanging during your upcoming trip to Stockholm? Don’t worry: the streets of the Swedish capital burst with scenic sights ranging from cobblestone alleyways to pretty squares surrounded by Nordic architecture (and no small amount of cafés to take your daily fika-pic in!).

No matter your aesthetic, the Open City offers everything from quirky museums and palatial pomp to ultra-stylish hotels and, of course, cool crowds at its many popular bars and restaurants… Like what you’re hearing? Put the below places on your Stockholm itinerary and lean back as your followers double-tap like there’s no tomorrow!

Sweden’s most successful pop export has made it into the upper echelon of music legends, but that doesn’t mean you can’t hang with ABBA – or with their wax figures, anyway. Pose with the iconic band in their 70s outfits or join their holograms on stage, rocking out to Waterloo or Dancing Queen… It’s the perfect photo-op.

For the camera-shy, the theatrical museum offers one-of-a-kind displays: from some of ABBA’s most memorable stage costumes to the group’s gold records and plenty of other memorabilia that’ll look just fabulous on the ‘gram. Not that we wouldn’t totally urge you to get that selfie with those wax figures, anyway (you know we have!).

But the locals and visitors seen at Mälarpaviljongen are arguably just as photogenic. Colourful, fun and diverse, the hip crowd convenes here each night during the summer months to sip on cool cocktails whilst enjoying the sounds of the capital’s best DJs. Instagram fashionistas and influencers quite simply can’t afford to miss out on going… You wouldn’t want to deprive your followers of the Open City’s #1 place to be, would you?

This five-star luxury hotel in the up-and-coming Brunkebergstorg neighbourhood is a perfect mix between brutalist architecture and futuristic design. AtSix’s rigid facade is best photographed from striking angles in the late afternoon, when the setting sun bathes the building in a warm light that contrasts beautifully with its otherwise imposing appearance.

The hotel’s interior isn’t short of Insta-ops, either: for instance, an utterly beguiling 2.5m high sculpture of an elongated head by artist Jaume Plensa protrudes proudly from the lobby’s main staircase. Meanwhile, popular Hosoi is a pioneering, moody music listening room begging to be photographed and the hotel’s rooftop, Stockholm Under Stjärnorna, attracts cool kids from all over with its gorgeous views. And don’t get us started on the design-heavy rooms and suites!

The most pompous and grand visitor attraction in all of Stockholm, the capital’s Royal Palace is a must if you’re a cultural ‘grammer. For some extra theatricality, arrive just before 12:15pm in the outer courtyard (1:15pm on Sundays) to witness the spectacular changing of the guard – you might even want to try getting a selfie with a friendly guard once the ceremony has ended…

Instagrammers whose feed is all about sculptures, paintings and all things regal regalia are sure to get their money’s worth, too. And whatever you do, don’t forget to get a panorama shot of the splendid Karl XI’s gallery – your followers will thank you for it!