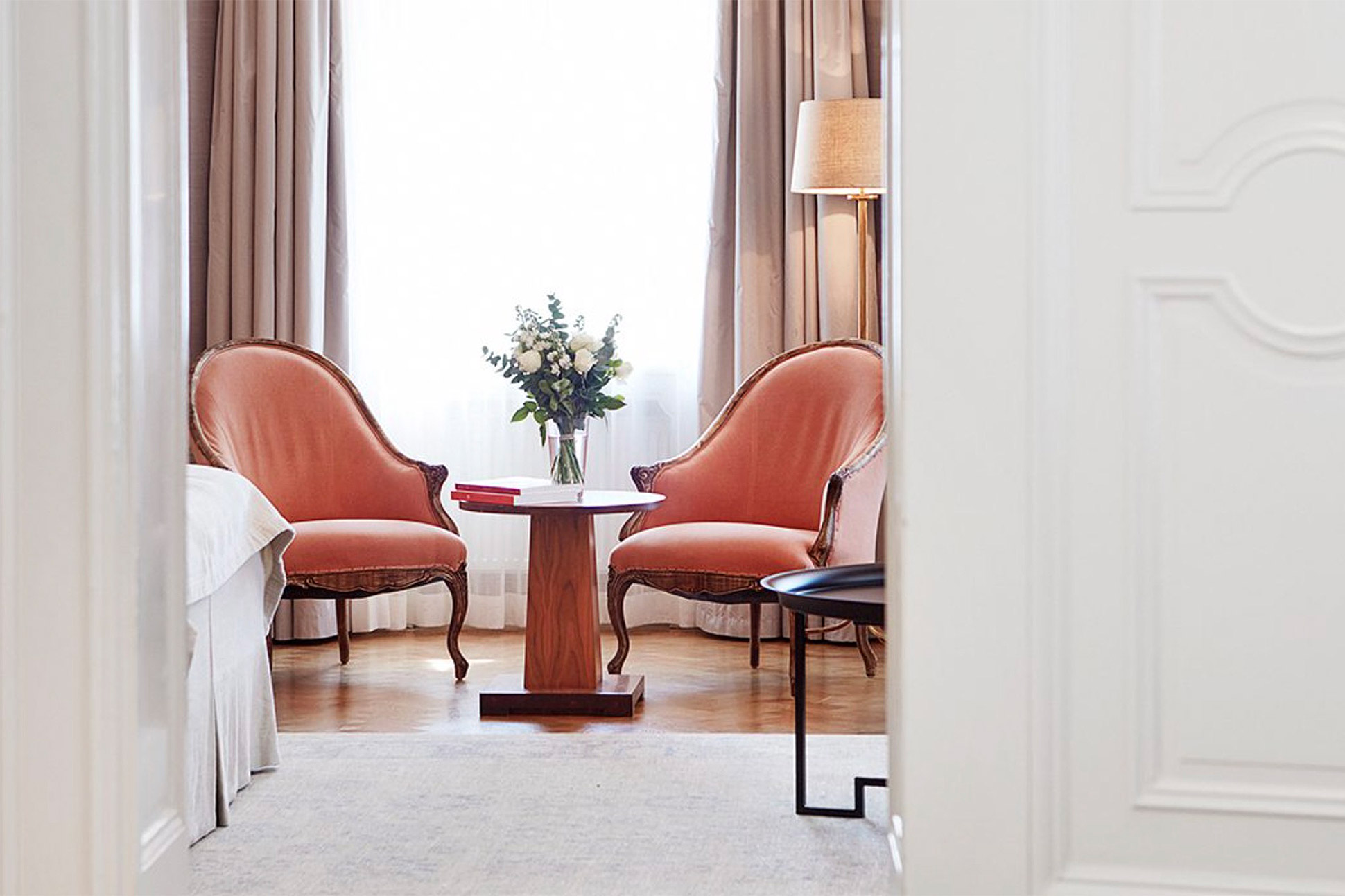 Few hotels sum up Stockholm splendour quite like this prestigious address by pretty Nybroviken bay: Hotel Diplomat Stockholm is, of course, a five-star luxury bolthole that’s been named Sweden’s #1 hotel for several years in a row – but there’s so much more to the legendary address, still!

Run by the fourth generation of the Malmström family, the former palace was turned into a hotel in 1966, and has since welcomed some of the world’s biggest celebrities, including gay icon Andy Warhol, who was impressed with the building’s Art Nouveau architecture. If you’d like to follow in his footsteps on your next trip to the Open City, read on for all you need to know about Hotel Diplomat!

Most people would tell you that there’s a decidedly sophisticated vibe around the hotel, and that’s certainly true. From the Diplomat’s fine-dining restaurant to its afternoon tea, you really get a sense of the ‘good life’ around here. And yet, there’s also a certain playfulness:

Guests can look forward to being surrounded by stylish and contemporary artworks by some of Sweden’s most talked-about artists, as the Malmström family is well-known for their profound interest in arts and culture. This also attracts the city’s creative minds to drop by the hotel for a coffee or a cocktail at the bar, so the Diplomat retains a young and fun spirit despite its ultra-chic stance on hospitality!

In one word, they’re gorgeous. Think floor-to-ceiling windows, chandeliers, smart TV and luxurious amenities throughout. All rooms are remarkably bright and large surfaces such as the floor or walls have been kept in muted, champagne colours that make them perfectly relaxing and homely – speaking of which, prepare to step on the softest carpet your feet have ever known.

If your budget allows and you want to surprise your other half with a romantic trip to the Open City, book yourselves into one of the waterfront-facing suites. The family-friendly Dagmar Suite is our favourite: who wouldn’t love their own steam room?

Other than the rooms, why stay here?

For one, there’s a fabulous gym allowing you to work out with the hotel’s in-house personal trainer. And when you’re done, why not head to the yoga room, book a massage or an hour-long slot at the Diplomat’s ‘Retreat’, an exclusive-use space featuring a sauna and a Moroccan hammam stone?

But there’s more. If you’re travelling with a four-legged friend, the Diplomat offers a Very Important Pet package, which includes a dog bed, a blanket, chew toys and two bowls so you won’t need to worry about anything – best of all, the hotel doesn’t charge extra for this!

Something every visitor should know

There’s so much to talk about with regards to this stunning hotel, but what matters most is perhaps that the Diplomat has heart. It’s not uncommon for five-star hotels to feel a bit stuffy and sometimes elitist, but this friendly, LGBT-welcoming address prides itself on providing a memorable stay for every guest!

And they’ve done plenty of good over the years, too, working with charities such as Queen Silvia’s World Childhood Foundation. If you feel like it, you can round up your bill at check-out and the Diplomat will donate any amount exceeding your bill to the charity which supports over 100 projects protecting children from exploitation globally. Or simply order the charity dish at the hotel restaurant – bon appetit!