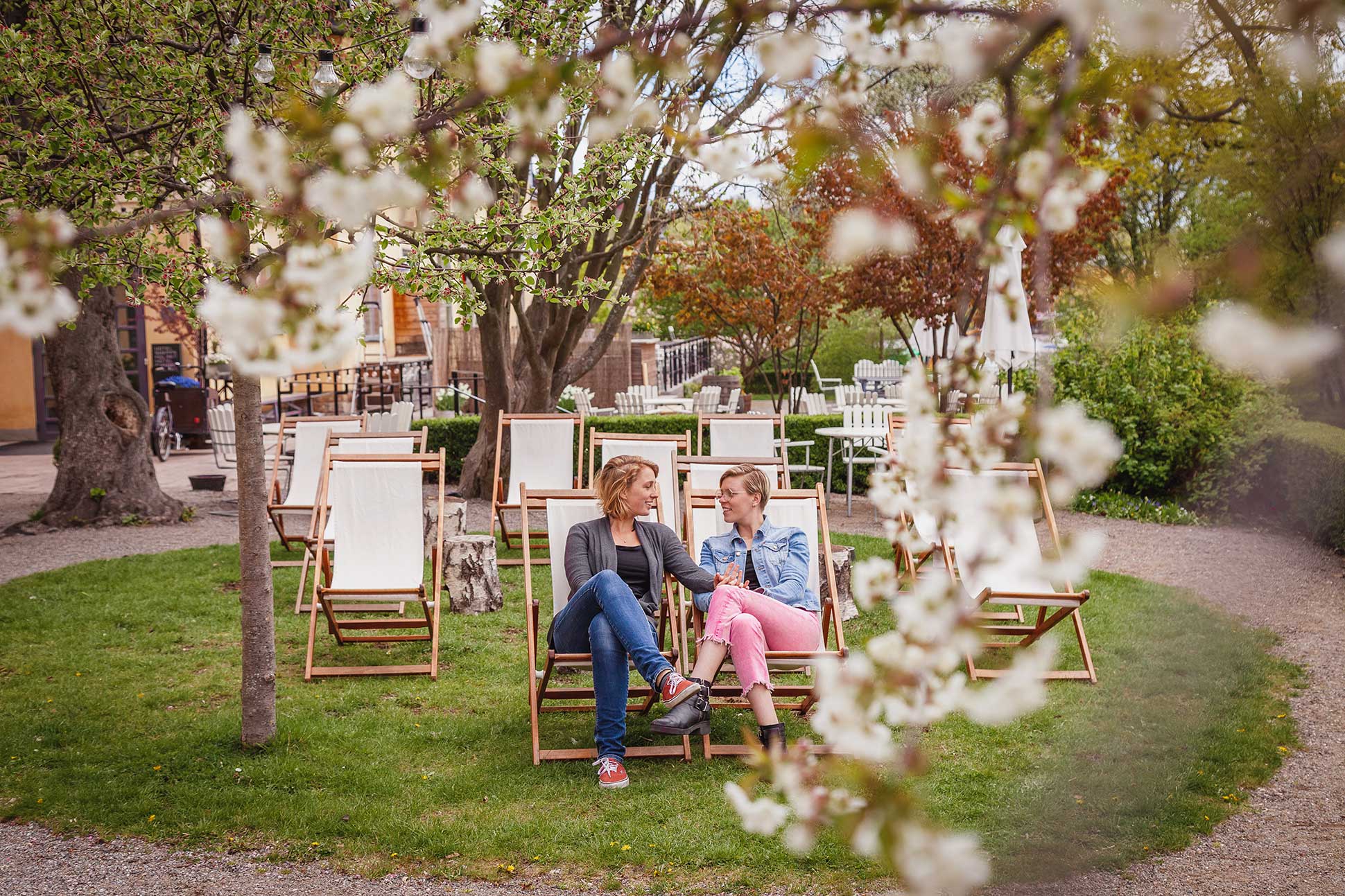 Okay, okay, we’ll admit it: Sweden can get just a tad cold and dark in the winter. Though Stockholm is far from depressing during the chillier months (think Christmas markets in the old town and ice-skating on the lake Mälaren), there is a heady and contagious lust for life wafting through its streets during summer: in fact, the locals claim to ‘wake from hibernation’ when temperatures rise in June!

Soaking up as many sun rays as possible before October is an unofficial national sport that drives the Swedish to their parks, cafes and beyond. Just arrived in Stockholm and want to bathe in the Nordic sun as the locals do? Read on.

If you booked a room at the Skeppsholmen, feel free to give yourself a congratulatory pat on the back. Summer or winter, you can’t go wrong with this four-star hotel set amidst the greenery of idyllic Skeppsholmen island. Not only does the property feature Stockholm’s most glorious tennis court, enveloped entirely by trees so you can get active and recharge the batteries all at once, but staff are also happy to prepare a bespoke picnic hamper for guests who just can’t quite bring themselves to munching on strawberries and Kanelbullar anywhere other than in the adjoining Svensksundsparken. A hotel so beautifully located, you’ll almost want to camp out… Almost.

From its picturesque little harbour to the many nature walks and open-air cafes, there simply isn’t a grassier and greener place than Djurgården in all of Stockholm. You could spend days exploring Djurgården (it’s one of the larger islands that make up the capital’s archipelago), but even a few hours of sunshine will be a real treat on a late summer day. Saunter around the tree-lined pathways of the island’s interior, trying to find its many statues and monuments, or ride a bike along Djurgården’s seemingly never-ending shoreline. For less active visitors, there’s always a bench on a verdant meadow somewhere…

Stockholm’s restaurants are a class of their own but some stand out from the crowd. Other than a mouth-watering menu, Sturehof certainly brings added value to its tables decked in delicacies: a large outdoor seating area serves as a meeting point for hungry ‘holmers throughout the summer! Whether you arrive mid-morning for a much-needed cup of ‘kaffe’ in the rising sun, in the afternoon for a Swedish lunch with a smack of French cuisine, or in the evening to imbibe in Sturehof’s extensive wine menu – you’re in for a good time. Sure, a seating area isn’t the great outdoors, but you’ve got to have that glass of Sauvignon Blanc somewhere, so…

No Stockholm summer getaway is complete without a trip to the city’s most stylish lido. Okay, Mälarpaviljongen might be more of a restaurant meets café meets bar sort of place, but that doesn’t mean you can’t jump off its floating islands into the capital’s biggest swimming pool: the Mälaren lake itself! Not that you were obliged to do so, especially seeing there is more than enough fun to dive into on the floats themselves. From DJ gigs to garden sessions, Mälarpaviljongen boasts a fun-filled, outdoors program in the summer months. If you haven’t already been, visit before it closes for winter at the end of September!