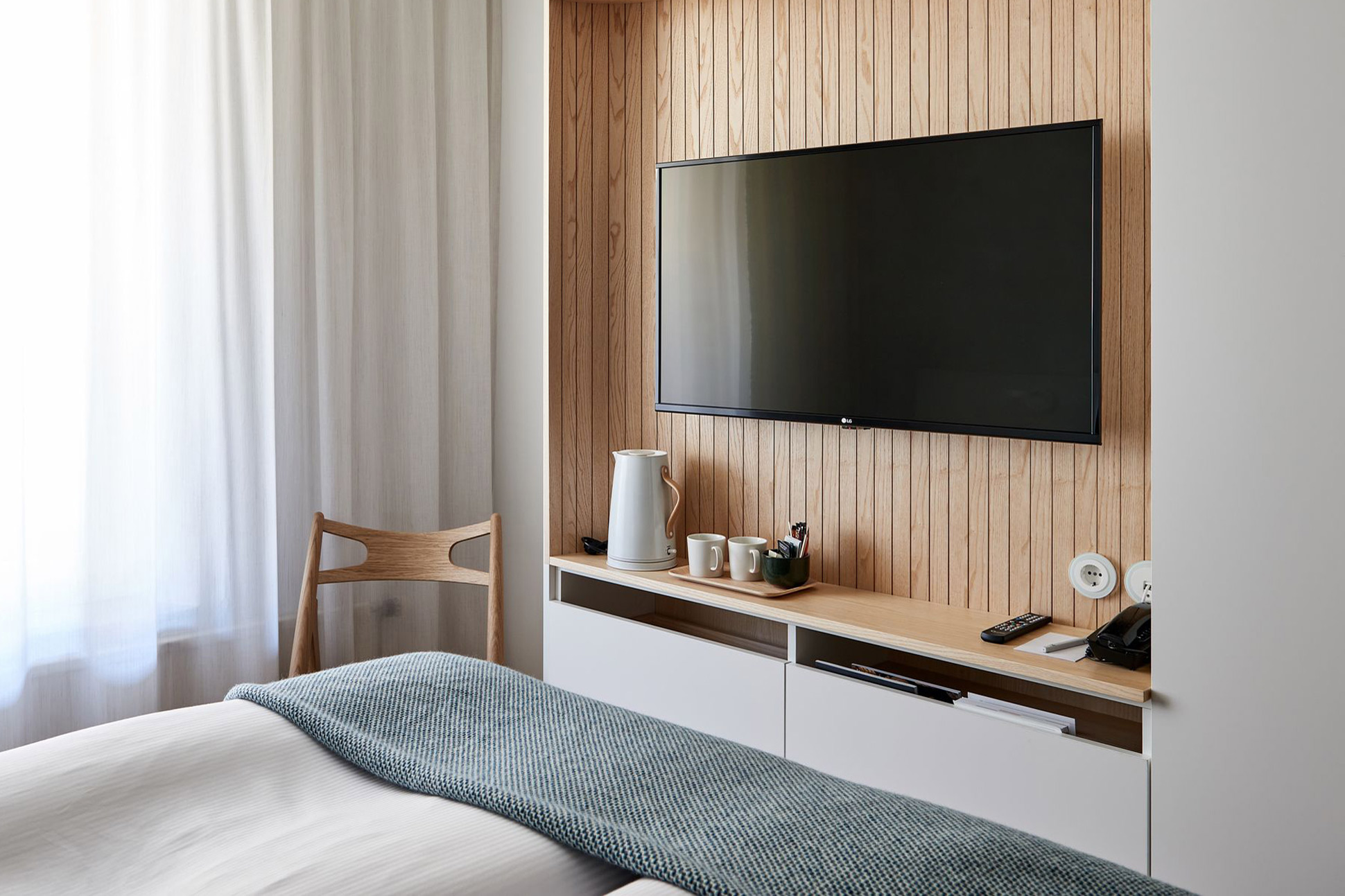 Design made in Sweden: Stockholm’s most contemporary hotels

Swedish design has always had simplicity, practicality and an appreciation for all things natural at its core. After all, the country’s beloved furniture giant, IKEA, revolutionised our understanding of furniture with something as simple as a flat-packed, wooden table in 1953 (although by now, the ‘Lövbacken’ has made it into design museums around the globe!).

In recent years, a wave of minimalism and new approaches to sustainability has swept over much of the world, once again making Scandi-design the zeitgeist. And there’s no better place to witness this than Stockholm: a city with a unique offering of hotels that celebrate contemporary style. Sound promising? Just book yourself into one of the below.

This Brunkebergstorg-based hotel looks a bit like a spaceship that fell from the sky, though don’t get us wrong – those aliens must have lived well! Inside its ultra-modern, matt grey interior, At Six houses everything from its own art collection to a cocktail bar that looks like it should have been in Stanley Kubrick’s ‘2001’. And then there are the rooms whose natural parquet floors are contrasted with velvet couches, black marble desktops, exposed light bulbs and the occasional retro radio (because nothing says modern better than a hint of the past, right?). At Six is, hands down, where interior design lovers go when they die, though we suggest you don’t wait this long.

Not only is Nordic Light hotel easy to find – it’s conveniently located just where most visitors to Stockholm jump off the airport express train – it’s also easy to find attractive. From its pastel-coloured lobby accentuated by striking lines and bold design elements, to its bright rooms that feature natural fabrics and curved wooden surfaces, Nordic Light is one handsome hotel. We find the four-star property’s muted colour palette so comforting, we could fall asleep here in minus two seconds; not that we’d recommend going to bed early: the hotel’s neighbourhood is jam-packed with stylish bars and night clubs!

Although no less beautiful than Nordic Light and At Six, Haymarket by Scandic takes a different approach to Swedish design. Located in Hötorget, smack-bang in the middle of Stockholm’s main shopping district, this grand address trumps with a uniquely quirky interior. Guests go crazy for the many art deco references, the eccentric details (rose gold and mauve never looked so good together) and, of course, for the flamingo tiles in Haymarket’s bathrooms. But don’t let all the briskness fool you: this is an elegant hotel that’s a visual feast for the sophisticated eye, from the entrance down to the classy ‘Do not disturb’ sign!

What can be said about the legendary Nobis hotel, that hasn’t already been said? Well, quite a lot, actually! For instance, there’s the sleek and stylish interior that lies just beyond its facade. Devised by award-winning design studio Claesson Koivisto Rune, the Östermalm-based property features a calm, discreet decor that’s interrupted by a few, confident moments of pure extravagance (we’re looking at you, gold bar). The Nobis’ rooms are a spectacle of textures, equipped with natural cottons, warm woods and soft linen – there’s also the occasional potted plant, to round up its contemporary standing. If you’ve come to Stockholm to see where five-star status can take modern Swedish design, this is the place to go!